Memory is an incredible thing when you stop and think about how it works and how much stuff we can recall at some indeterminate point in the future, and what triggers attach to that memory.

One question you might consider is: why do we need to remember so much?

Wouldn’t it make sense to have a relatively short, uncluttered memory so we can function more efficiently? If I was a computer hard drive maybe that would make sense because I might run short of storage space. But the capacity for memory in the human brain is far far greater than any computer that's been built so far.

For the record, referencing Dr Magnus Bordewich from the department of computer sciences at Durham University, here are some calculations which illustrate how stupendously powerful our brains are;

So clearly, capacity is not going be a problem!

Recall, on the other hand, is an entirely different matter and I guess we need search references to bring memories back from this vast archive of ‘everythingness’.

Perhaps our brains are like my dad. He could look at just about any item and imagine it ‘might come in useful one day’ then store it away somewhere neatly. From time to time, one of these items would be perfect for a purpose that had arisen and he knew he had it somewhere. He just needed to remember where it was stored.

Maybe that’s exactly why we store everything forever in our impossibly massive archives, and as the functionality of our brains decreases we need more clues and cues to know where to go and fetch that memory from.

So given how vital reminiscence is when we’re older, surely it makes perfect sense that we store all this information from our lives experiences. 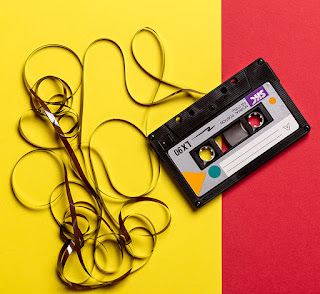 One astounding-yet-easy example to demonstrate is the memory recall associated with music.

This has genuinely fascinated me for years. Long before I had any involvement with Dementia care. In my personal experience as a teenager in the 1970’s (the greatest era for musical creativity and innovation in the history of mankind……in my opinion) I had a mate whose older brother had a huge and ever-growing record collection and I spent a lot of time listening to his eclectic range of albums - remember those – in my all-important formative years. All these years later I can listen to something I haven’t heard in maybe 40 years. Ronnie Law’s Pressure Sensitive (funky and very cool) or Betty Blue by the Ozark Mountain Daredevils (who???) and it’s as though I only listened to them yesterday. I remember the bridge, the key change, every note of that sax solo. It’s mind boggling. Yet I forget the name of the TV program I watched yesterday.

Now I’m no expert, but I suspect the reliability and clarity of this memory is because music is so closely associated with emotion. Perhaps music is pure emotion when it touches us, whether it’s a tear-jerking emotional train crash or all-out rocker! Maybe even if we don’t like a piece of music, if there’s a memory associated with it, it’s practically indelible.

If this quality of recall is down to emotions, do we connect emotions to a images in the same way?

A good example might be a photo of someone we’ve been close to who is no longer around. The picture reminds us of them and brings the emotions back. It can create a sense that they’re still here and we may well have a conversation with their image. That’s powerful stuff!  So walk into many a care home and you’ll hear music playing and very often that is music ‘of-an-era’ intended to provide comfort through its familiarity and nostalgia. If these emotional connections exist, then artwork should be displayed with the same ideas in mind.

So I’m convinced there’s a great deal of similarity in the human relationship with pictures, emotion and memory, just as there is between music, emotions and memory.  Unfortunately there’s also a  big difference, which is the effort required to provide them.

Music of all types is quite literally available on-tap. I don’t buy music anymore, which is a bit of a shame on a nostalgic level, instead I use an App. I can get whatever I want, when I want. If I want something to sing my head off in the car when no-one else is around, I can. Or if I need three or four hours of dinner-party background music, I can just search for a collection and off we go. When I want a soundtrack for a video I’m making there’s a load of choice readily available on line. Music is readily available for any purpose we require.

Pictures are a whole other issue. The skill and effort required to source really meaningful artwork has to be a dominant influence on the paucity of relevant imagery in care homes. But the fact of the matter is that if you know what you’re doing, the material is out there. Much more than we could ever need, but you need to have the time and knowledge to know where to find it.